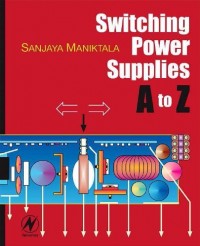 Switching Power Supplies A to Z

Looking back, I realize there was actually never an exact moment when I said to myself “I have had it with Physics — let me do Electronics now”! My near mid-life career change was a rather gradual process. Faced with an exponentially declining interest in pi-mesons, Lagrangian multipliers, quantum electrodynamics, and so on, my grades had started scraping the bottom of the barrel. It didn’t help that I perceived my last bunch of professors to be largely apathetic to students in general — it seemed that teaching just happened to be what they needed to keep doing, to be eligible for research grants, which is what they really enjoyed doing. And Physics itself, for all its initial undergraduate allure, had at the post-graduate level, turned suddenly very mathematical and abstruse, contradicting my inherent desire to be firmly embedded in reality (not virtual reality). Unfortunately, the disenchantment reached a culmination only during my second Masters degree program, in Chicago.

Too late! So though I eventually did part company with Physics (as good friends, I may add), there was a slight problem — I didn’t have a clue what to do next. I call that my Problem Number 1. Back in hot, bustling and dusty India, it took me several years to figure things out. But finally, I did! The small bags of transistors, capacitors, resistors and inductors that I had lately started tinkering with, held the answer to all my problems. And hope for the future. This was my long-awaited lifeboat. I could now feel, touch, build and test whatever I did. No deceptive sense of comfort lolling around in lush minefields of equations and algebraic abstractions. This was the real world, the one that we live in every day. Problem Number 2: I still didn’t know the ABCs (or the NPNs) of electronics. So I had to teach myself very gradually, working days and often very late into the nights, barely stopping only to ask the elderly local components dealer, daring questions like — what is a transistor?! This act went on for a pretty long time — in fact I became the Rocky Horror Midnight show — you got to see me mostly at midnight for several years in succession. But it would have still been impossible if I had not met a few very remarkable men along the way (see Acknowledgements). Finally, with all the help at my disposal (most of it mine), I think I made it into the exciting world of electronics. And into power electronics. Aha! I could start rolling down the shutters now. Or could I?
The above chain of hair-raising events is the one and only reason this book ever got written in the first place! But wait! I have explained “how” this book got written, but did I explain why? Actually I haven’t yet. Because that has something to do with the last major problem I faced. I call it Problem Number 3 — encountering people who knowingly or unknowingly thwart the growth of the engineering discipline that gives us growth. Now, I had personally been through a rather life-changing process (of being rescued by Electronics). So perhaps it was more natural for me to always think I owed Electronics my best, in return for favors received. But I realize not everyone thinks along those lines, at least not all the time. Maybe they had affluent fathers paying for their shiny EE degrees from MIT or Yale. But I didn’t have an affluent father nor an EE degree. However, at some stage, we all have to realize that we share the same forces of nature, and a common stake in its existence and further development. Our destiny is eventually common, and therefore we have a common responsibility to uphold it too. Anybody who has learnt enough about the immense mystical forces of nature realizes that he or she has really learnt nothing at all. It will therefore be very surprising if they don’t end up imbibing the sense of humility that Newton once expressed in the following words: “I know not what I may appear to the world, but to myself I seem to have been only like a boy playing on the sea-shore, and diverting myself in now and then finding a smoother pebble or a prettier shell, whilst the great ocean of truth lay all undiscovered before me.” Power Electronics too, is just a small part of that infinitesimal part of the universe that we have just begun to understand. There is much, much more, just waiting to be discovered. 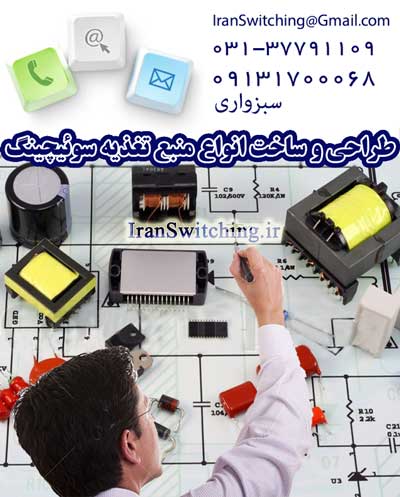